Things That Make Me Uncomfortable

1. Being with anyone while they read something I've written
2. Talking to someone after I've eaten and before I've brushed my teeth
3. Trying to put on or zip up a jacket while walking
4. Using public restrooms when others are in there too
5. When I can't understand the words coming out of someone's mouth
6. Seeing/hearing/being reminded of a personal trigger that no one is aware of
7. The sound of myself walking in high heels
8. Sneezing
9. Being the only one who knows everyone

~Stephanie
Divulged by Stephanie at 8:30 AM 2 comments:

Email ThisBlogThis!Share to TwitterShare to FacebookShare to Pinterest
Labels: about me, random

Spring Will Come to She Who Dares

Below the window sill I sit
The world outside is sharp and still
The air is frozen, hard with chill.
The trees stand straight of solid will.

I go outside to taste the world.
The ice is in the air about.
It feels my warmth and pulls it out.
My skin, it gives a chilly shout.

I blink to bring the details close,
The hushed world holds much to see.
The stillness hides the mystery
And hopes it will not interest me.

I push away the icy grip.
The world is living, I can tell.
Deep within the deadness dwells
A hopeful spring of pretty spells.

“All seasons pass,” I whisper then.
“The coldness will not last too long.
This frozen world of baleful song
Will soon be golden, green and strong.”

The wind like water swells the air.
I feel its fingers through my hair.
And in the whisper, wind declares,
“Spring always comes to she who dares."

I am so exhausted. It must be eighty degrees in this room. Did I even sleep last night? I must have, because I woke up. My head is full of buzzing cotton. I could probably cry if I tried. I’m so tired.

It’s hotttttttt. Just wait til I get back to the dorm…

Should I talk to that girl again? Should I wait for her to gather her stuff and walk out with her? That might be weird. I might seem needy. No. Don’t want that. Can’t have that. I’ll just leave.

{Walking behind two girls having a conversation about dance}

Should I contribute? I mean, I’m right here. I wouldn’t mind if someone did that to me. So yes.

“Yeah, it’s definitely difficult when she just tells us to reverse a combination.”

Punk chick:  “Well, I’ve had dance since I was little.”

Oh yeah? You have nothing on me. Believe me. Er, ahem. “Oh, awesome! I have too. But it’s still challenging sometimes.”

Punk chick:  “What I didn’t like was that thing she called a padabure. Um? I’ve always been taught this.”  *does a ballet padabure*  “What was that other mess?”

It was a JAZZ padabure. “Ooh, yeah, it is different. Well, I’ll see you guys Monday.”

{making a beeline for my dorm}

Sleep. Sleep. Sleep. Glorious sleep. Forty-five minutes of sleep. Or should I read for BritLit? I could just do that at lunch. But what about Western Civ reading? He goes over that in class. I don’t have to read it. It’ll be fine. Sleeeeeeeeeeeep oh my goshhhhhhhhhh. I think my eyes are about to rot out of my head.

*rips off shirt and flops onto bed*

What if Bekah came back right now? That would be so incredibly unfortunate and ironic. She’d probably think I just lay around in my underwear when she isn’t around. That’s not true. This is the only time. IT’S SO HOT AND I’M SO EXHAUSTED OH MY GOD.

Are you kidding me.

“Hey, Bekah. I just got back from dance class and…yeah.”

*Bekah gathers things for a class and leaves*

Okay. Sleep. She thinks you’re creepy, but whatever. Sleep. You now only have thirty-five minutes.

You know what, screw it. You’re not sleeping and you know it. But now at least you have time to look nice before class.

-___- I hate you. I don’t care about looking nice. Screw nice. I’m wearing these yoga pants and a T-shirt. Just try to stop me.

That’s fine. Tons of girls do that. You can totally do that.

*looks at self in mirror* See? It’s fine.

OH COME ON. WHO AM I KIDDING? I CAN’T WEAR YOGA PANTS TO CLASS.

Email ThisBlogThis!Share to TwitterShare to FacebookShare to Pinterest
Labels: about me, college, Purple and Green, random

Cassidy and Sam are my best friends. But if you broaden the range of friendship the tiniest bit, the sphere includes my little sister, Sarah, and my friend Alicia from Oregon.

Sam and I met by chance. We were in the same driver's education class. He was popular, I wasn't especially. I talked to him as a spur-of-the-moment act of courage after class one day. Next thing you know, he's actively seeking my friendship and we become best friends less than a year later, using almost exclusively online communication.  {Two fifteen-year-olds who live forty minutes apart don't have much hope of face-to-face communication.}

This weekend, I was informed that Cassidy started coming to our church in 2008, which made me feel like a horrible person, because I don't remember seeing her until like a year and a half later. We went on as acquaintances for the longest time. Finally somewhere between 16 and 17, we became really good friends. It was the gradual combination of being "forced" to spend lots of time together and the fact that we're both ridiculously awesome and similar. Now, she's the deepest friend I've ever had. When we hang out, it doesn't feel like two friends hanging out. It feels like two souls hanging out.

The summer of 2011, I went to Europe with a student ambassador program. I'd never been away from home for more than a week, out of the country at all, or within fifty feet of an aircraft. The very first night in Spain, I was brutally exhausted, tragically homesick, and bitterly regretting the decision to go on this trip.

My assigned roommate for the night was Alicia. I remember hoping she'd just leave me alone and not watch me while I cried. She gave me exactly the right amount of space and socialization, and from that night on, we were "fast friends." I was 100% myself with her from the very beginning, and I know she was the same. I told her anything and everything. I never altered my behavior in any way for her. It was the quickest and deepest friendship I've ever built, and it's still going on today.

Even thought I've known my little sister Sarah for the longest, we've only recently become best friends. I can't believe it took me so long to realize how incredible she is, guys. She has an awesome sense of humor, she's insanely observant, she gives great advice on everything from shoe selections to relationships. I miss her so much. I miss flopping onto her bed and asking her for advice. I miss fighting over the bathroom. I miss staying up and watching Friends. I miss being the only person who could wake her up in the morning and come out alive.

What's the point of this post? Just to say you never know. Four very different equations all equal friendships of gold. Don't overlook anything or anyone just because it/he seems insignificant. You never know.

The out-spoken popular guy from driver's ed and I became best friends online. I overlooked the initially-reserved soulmate for eighteen months at church. The girl from Oregon was forced upon me in Spain. The beautiful little sister-friend was there all along.

Invest in life. Invest in people. You never know when it's going to pay off.

"Ask yourself:  Now where would you be without days like this?"

I have that quote from Shinedown's "Amaryllis" written in cool lettering and duct taped to my dorm room wall.  It's the first thing I see when I wake up, right next to some pictures of my family.  I glance over to it inadvertently all throughout the day.  Every time I see it, I ask myself.  Where would I be without days like this?

Every day has a point.  There is a reason for every single day.  God doesn't just toss the dice and deal out circumstances for absolutely no reason.  Days like this, days like that, they all have a purpose.  See what you can learn from them.  Find the constructive.

Ask yourself:  Now where would you be without days like THIS?

~Stephanie
Divulged by Stephanie at 10:00 AM 3 comments:

This semester, I definitely want to be different. I want to act like my Home Self instead of my...whatever you call the reserved, half-alive, nerd self I've been at college for the most part. It's going to take a lot of self-discipline and deep breaths, but I want to LIVE again, all the time, instead of in small pleasant bursts.

Today I've had like four conversations and ate lunch with two real human beings, which is pretty good for my reserved, half-alive, nerd self XD I have Spanish class in twenty-nine minutes, which I'm a little nervous about. I am good at Spanish though, so hopefully it won't be too bad. My goal is to meet one new person per class this week.

I hooked up my cordless computer mouse today. It was actually the easiest thing I've done in a long time. I should have done it sooner.

I've also continued writing. This is the fourth day I've written some of the same thing. I have less than 3500 words so far, but hey, I'm writing.

I'm also planning to give you some real posts in the next couple of weeks. You know, ones with humor and a point instead of me just rambling about my life.

I started a Hott Guy post about Jude Law a few weeks ago. Maybe I'll finish that.

I hope your week is going well.

Email ThisBlogThis!Share to TwitterShare to FacebookShare to Pinterest
Labels: college

Happy Twenty-Thirteen :) What do you think of the new look? I'm pretty sure I like it. 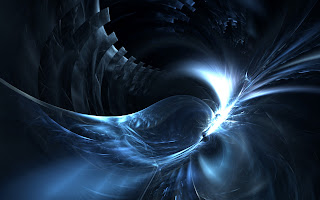 I wrote a little today, genuinely wrote. It's about 800 words long, and I really want to share it with someone. However, almost every time I let someone read an active work in progress, I completely lose steam and can't keep writing. So I'm going to keep this project to myself.

Still. I actually like what I wrote, for the first time in a while, and that feels really great. I hope to keep this work going, and maybe eventually I'll have a legitimate story to tell. Until then, I'd better be quiet before I say too much.

I hope your January 3rd, twenty-thirteen has been as neatly satisfying as the last fifty minutes of mine.

~Stephanie
Divulged by Stephanie at 12:09 AM 2 comments: